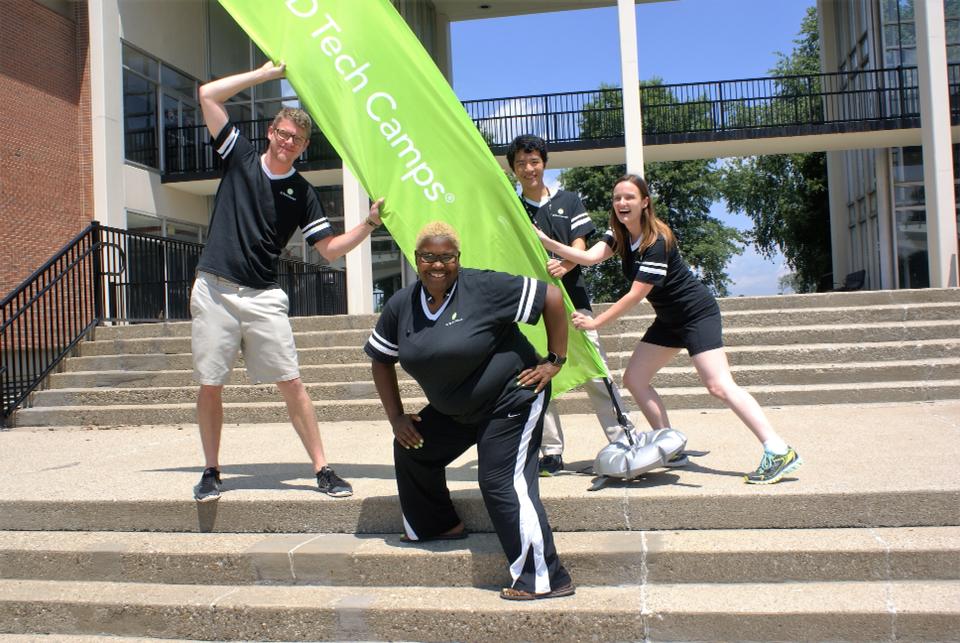 It’s projected that there will be over 1,000,000 STEM jobs open by 2020 and teaching our next generation of coders (and hopefully inspiring them to pursue careers in this industry) is always rewarding work.  In the summer of 2016, I had the opportunity to teach at the iD Tech coding camp in Louisville, KY, USA. iD Tech is based out of Silicon Valley and provides high-quality STEM camps for children ages 7+ at elite colleges and universities around the nation. It was only iD Tech’s second year in Louisville, their first and only camp location in Kentucky. From what we were told, the future of the Louisville camp was a bit shaky and the company was counting on us to turn it around.

Two weeks before the camp start date, they were one instructor short. At the very last minute, they hired me and asked me to fly to Denver and then to San Francisco for mandatory in-person training. I was also required to learn how to use Unreal Engine 4, a video game development software so that I could teach two-week-long classes to teenagers and adolescents throughout the summer. This was in addition to teaching JavaScript through Minecraft courses for elementary and middle school children. My classes covered Java, JavaScript, Unreal Engine 4, video game development, Minecraft, web development, problem-solving, and project management.

Spoiler alert: not only was I able to teach myself the Unreal Engine 4 software in just two weeks; I even developed a newfound love for it that rivals the love I developed for web code as a teenager.

Together with a team of just two other instructors and one camp leader, we were able to teach over 100 children from around the world how to read and write code over 5 weeks. During the summer of 2016, our tiny Louisville camp was voted 5th IN THE NATION for parent satisfaction and 7th IN THE NATION for student satisfaction out of nearly 200 camps nationwide! The people you see pictured above are hands-down one of the best and most cohesive training teams I’ve had the pleasure of being part of. Meanwhile, iD Tech remains one of the most fun and rewarding teaching experiences of my life.

I ultimately taught two (2) Unreal Engine 4 video game development courses, one of which included 3D modeling of custom characters (see below), plus three (3) coding and video game development courses for elementary and middle school children using the popular video game, Minecraft. I’ve taught so many boys and girls to write code using the Minecraft video game these past few years. When it comes to the future generation of female developers and computer programmers, Minecraft is a great (and fun!) way to overcome the tech gender gap by getting young girls interested in STEM careers early in life.

Don’t take it from me. Take it from this girl (who also happens to be my new hero, y’all).

I also really appreciated how iD Tech mindfully balanced kids’ computer time with educational activities away from the computer and — gasp! — even outdoors.

Parents, trust me on this one. If your budget allows, iD Tech is one of the best options out there for kids’ coding camps. I’ve taught at a lot of camps in a lot of states and I hands-down recommend this one.

It was an honor to be a part of this team. I’m so grateful for this opportunity. Thank you, iD Tech, for taking a chance on me by letting me help you #makeawesome