What’s cool about being a food science geek? In this video, created for the 2012 Institute of Food Technologists 1st Annual Video Competition, we used humor, fact, and fun to show potential food science students what’s so great about the food and beverage industry.

The video walks the viewer through the process of creating a food or beverage product from start to finish (and also uses some humor and pop culture references to be both educational and fun). There are parodies of Anchorman: The Legend of Ron Burgundy; How I Met Your Mother; The Apprentice, Mystery Science Theatre 3000, and more…

This video was named a Finalist in the competition and ended up winning the 3rd Place Trophy (the same company took both 1st and 2nd Place). Our video was featured during the opening keynote session of the IFT Annual Meeting and Food Expo in Las Vegas, Nevada, where we accepted a trophy onstage. After the conference, we were featured on the IFT website and received a viewing party (complete with pizza and popcorn!) in Louisville, Kentucky. 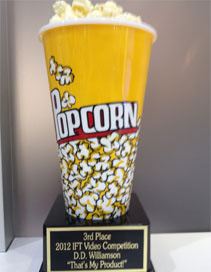 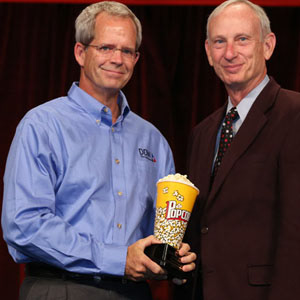 As part of this learning campaign, we used Constant Contact marketing technology to send newsletters to internal employees and external customers, featuring this video content and educating them about all-natural food ingredients, pH levels, and food chemistry. 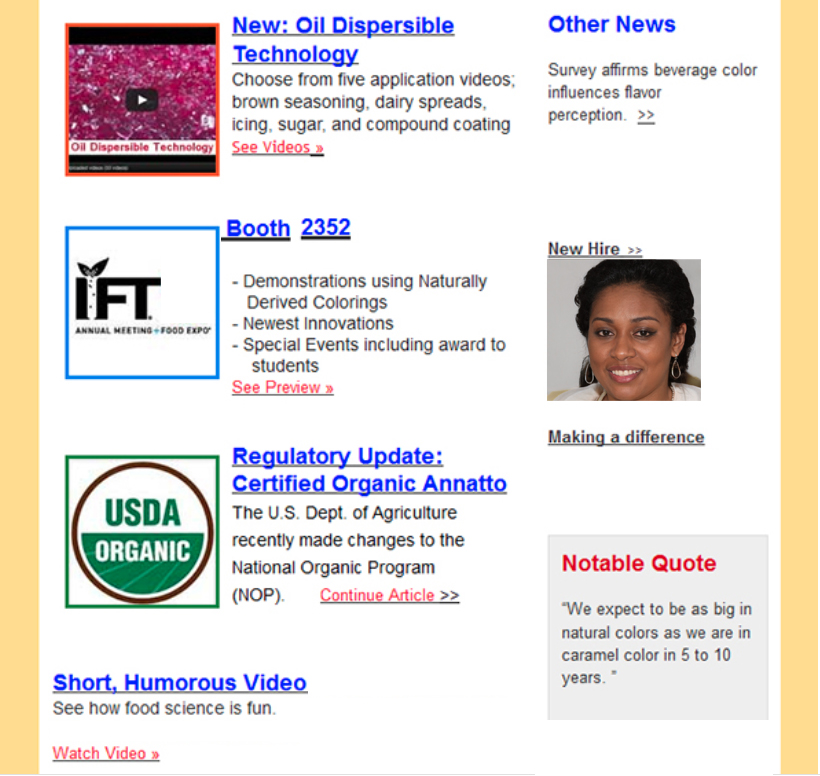 I pitched the idea to create a video for the first annual Institute of Food Technologists Video Competition as part of DDW’s 2012 Social Media Strategy. Once the idea was approved, I pulled a team of coworkers together to start production work. Throughout the process, I assisted with writing, directing, producing, editing, and casting for the video, as well as providing voiceovers and graphics.The script was carefully written (and edited) by a multi-functional team. I provided voice overs, video production and direction, graphic design in Adobe Photoshop, acted in one scene, assisted with video editing in Final Cut Pro, and scheduled the learning campaigns in Constant Contact.